It is not surprising to find seasoned Baby Boomers with rich experience working alongside fresh Generation Z. The situation can become hilarious at times, as is depicted in the movie The Intern. It has Robert De Niro as the Baby Boomer and Anne Hathaway as the Generation Z founder of a fashion site.

Hilarity apart, it is standard practice to employ people from four or even five generations, creating generational differences in the workplace. Each generation comes with goals and desires that hardly match others’. But, they have to be considered by the employers.

Managing such diversity at the workplace comes with its challenges, though you can’t deny that employing people representing multiple generations has some benefits too.

It is pertinent to look at the generations, starting with the Baby Boomers:

Born between 1946 and 1964, this generation boasts respecting work ethics and believes in making a mark at the workplace, though they are a bit reserved socially. Considered workaholics by their younger peers, they are highly competitive and set high goals for themselves. They belong to the phone-call and letter era and are reluctant to switch to email and instant messaging.

Fast forward a bit to between 1965 and 1980, they are considered “neither here nor there,” and there’s not much known about this generation working in today’s atmosphere. They believe in the work-life balance, and are fiercely independent, value their freedom, and don’t like micromanaging at the workplace. They are as technically adept as the Millennials, if not better.

These are the oft-quoted Millennials, born between 1981 and 1996, making up the bulk of today’s workforce. By 2025, they are set to represent three-quarters of the global workforce. They believe in startups and working smarter instead of harder. Millennials are adventurous spirits who crave work-life balance and don’t care too much about how they dress.

They’re the youngest of the lot, born between 1997 and 2005, they appeared in a wireless world and want to stay connected 24/7. These youth are the most tech-savvy of the lot, and no software or device is too technical for them to understand. They are great at multitasking but can’t stay focused for long and expect instant feedback and appreciation.

With each generation having distinct characteristics, likes and dislikes, they all work together in most offices, and sparks fly at times.

The Problems Faced by the Potpourri of Generations

This ‘heady mix’ has generations, each with unique characteristics, and the going may not always be smooth. An employer may find it challenging to manage a team with generational differences in the workplace because expectations and priorities are never the same.

Conflicts and disagreements keep flaring up because of a mismatch in their values and beliefs. The work ethics followed by one generation is never appreciated by the other, and the same goes for communication styles. Generational gaps often cause friction among the employees, directly affecting their productivity.

A Baby Boomer and a Generation Z employee never seem to relate to each other easily and don’t see eye to eye. This causes mutual distrust leading to the misunderstanding that pulls the team back. Employers deliberately create groups with a fair mixture of all generations. Still, more often than not, there is unwanted friction and a lack of proper communication between the team members, affecting the entire team.

With each generation adopting its unique working style, disagreements are common, leading to frequent workplace clashes. While the Baby Boomers are die-hard nine-to-fivers, the Gen Y and Z may prefer flexible working hours and desire to work remotely.

While the employer’s only concern is getting the work done, the brewing dissatisfaction amongst the various generations at work makes it difficult to do justice to all. Motivation and incentives can resolve this challenge to a great extent.

If you wish to benefit from the wealth of knowledge and experience of the Baby Boomers and the technical skills and flexibility of Gen Y and Z, it is crucial to strike a balance in your recruitment strategies. To recruit people from across generations, you need to advertise on various channels.

While you can reach the Baby Boomers through your professional network, the best way to attract Gen Y and Z is via online campaigns and social media. Members of all generations are active on social media, and research indicates that 60% of folks in the 50 to 64 age group use one social media site or the other.

Besides ethnic diversity, what adds spice to a workplace is generational diversity. Although problems exist in an office with a mixed workforce, the benefits outweigh the disadvantages. 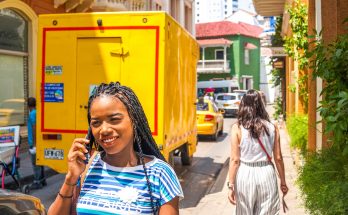 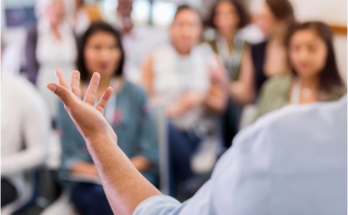 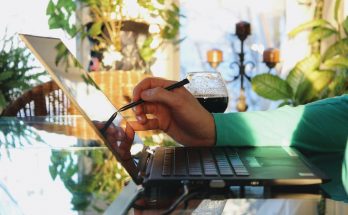 How To Find The Right Cloud Service For Your Business