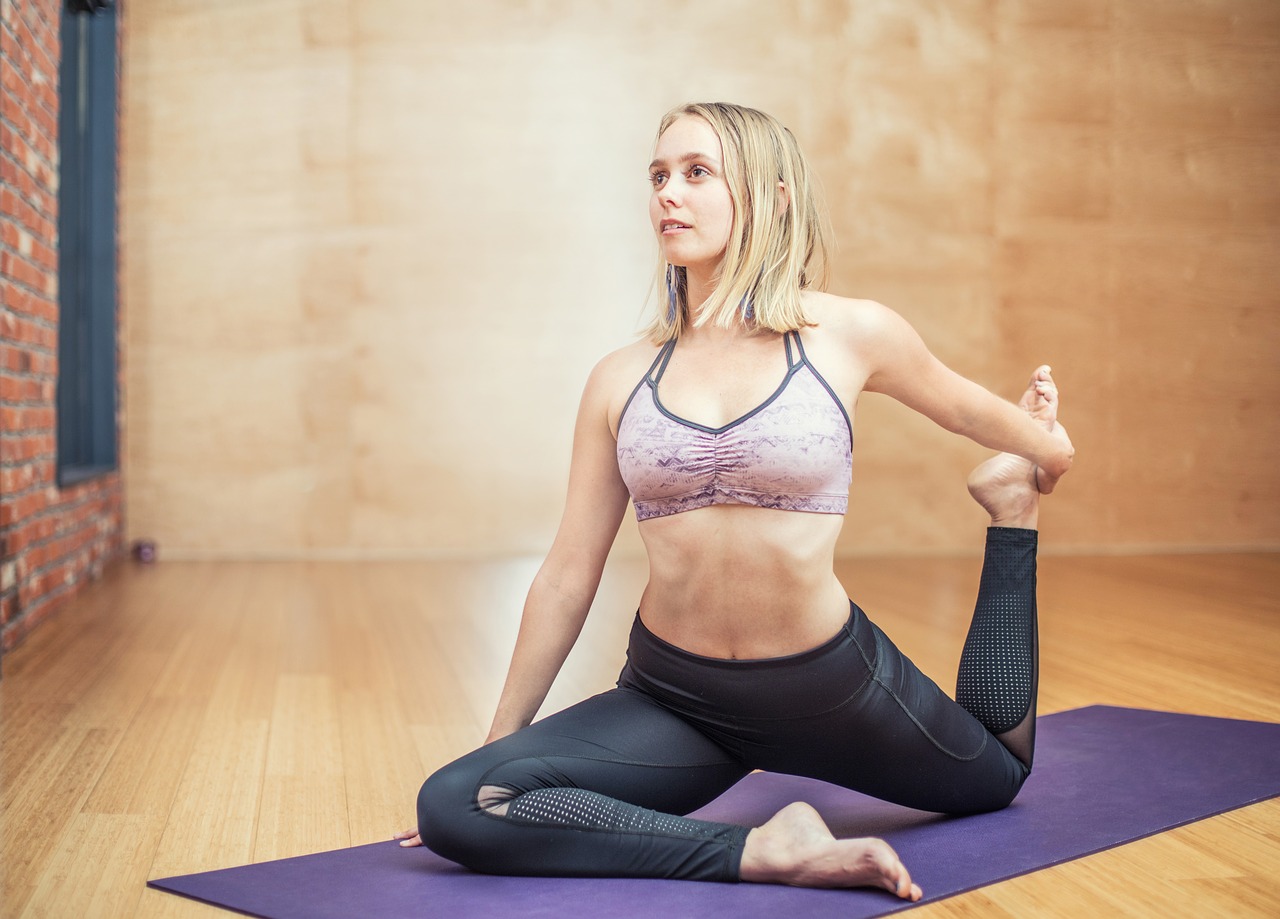 A stroke can be a real risk to your life and you should change some of your habits to get a safe-life.

There are many habits that lead to a stroke and may surprise you.

For example, did you know that consuming just one diet soda per day can double your likelihood of a stroke?

Or the fact that sitting at the desk for too long can affect not only your muscles but the heart?

Read on to learn more about these surprising habits that increase your risk of a stroke.

Contents show
1. Too Much Alcohol
2. Too Much Salty Snacks
3. Unhealthy Breakfasts
4. Unsatisfied Sex Life
5. Not Drinking Enough Water
6. Inactive In Social Life
7. Sitting On Desk For Too Much Time
8. Soft Drinks and Soda
9. Eating Too Much Red Meat
10. Execive Stress

Some studies say that drinking alcohol can reduce the risk of stroke, but only to a certain extent.

A study published in 2019 in the British medical journal The Lancet found that men who reported drinking less than two drinks a day had a lower risk of stroke than those who did not drink (or rather, former drinkers).

But after that, the risk of stroke increased with alcohol. In fact, a 2015 study published in the Stroke magazine found that people who drink more than two drinks a day have a 34 percent higher risk of a stroke than those whose daily average is less than half a serving.

That’s why drinking too much alcohol can lead you to experience a stroke.

2. Too Much Salty Snacks

Eating salty snacks is not that bad, but when you eat too much of salty snacks, it raises your blood pressure and makes your body to have a stroke easily without any medical condition.

This is because high blood pressure can damage and weaken the blood vessels in your brain, causing them to narrow, rupture, or leak.

It can also lead to blood clots in arteries leading to the brain, which can block blood flow and potentially cause a stroke that can harm your body parts.

People often eat sweet dishes in breakfast and love to taste new things. You know what? if you are eating pancakes or things like that, you can increase your chances of suffering from an ischemic stroke caused by a blood clot or plaque that blocks blood vessels in the brain.

NOTE: A study published in the Stroke magazine in 2017 found that people who regularly started their day with whole-grain cold breakfasts their brains were much less likely to suffer an ischemic stroke during their lives than those who did not.

Some of the old guys in your town or family may say that having sex on a regular basis can lead you to an unfit body or an unhealthy lifestyle, but, you know? studies have shown that regular sex can help lower blood pressure, which in turn can reduce the risk of a stroke.

According to one 2010 study published in the American Journal of Cardiology, men who had sex at least twice a week were less likely to develop cardiovascular disease than men who had sex once a month explaining that sex can reduce the risk of a stroke.

Doing this is also good for women. “Women’s orgasm stimulates the release of the hormone oxytocin, which has a direct effect on lowering blood pressure,” said Dr. E. Dean Nukta, Medical Director of Interventional Cardiology at Cleveland Clinic Hospital.

If you are not drinking enough water dehydration can cause numerous health problems, and can also increase the risk of stroke.

A 2019 study published in Frontiers in Neurology magazine evaluated 203 patients who suffered from ischemic or hemorrhagic stroke. The study found that dehydration was found in nine percent of patients, including 4.5 percent at the time of their admission to the hospital and 4.5 percent three days after a stroke.

Not just that, but patients who were dehydrated at any time had a slower, less successful recovery, especially women and elderly patients.

In short: drink water to reduce your risk of stroke and increase your chances of a quick recovery if you have one at any stage of your life.

If you are a person with fewer contacts, no friends or without any social life circles, you are inviting a stroke to yourself.

Yes, If you have a habit of pushing people away rather than inviting new people into your life as friends, you may put yourself at an increased risk of stroke.

A 2016 survey found that poor social relationships, including social exclusion, led to a 32 percent increase in stroke risk. Researchers noted that lonely people smoke more often and are physically inactive – both of which also increase the risk of stroke.

7. Sitting On Desk For Too Much Time

Nowadays everybody is working online, if not than finding ways to do it or watching Netflix, YouTube or playing PubG. Reasons can vary, but people are spending too much of their time sitting on their desks and in front of a laptop screen.

According to a 2014 study by the Harvard School of Public Health and the Harvard Medical School, you can put your overall health at risk for several hours. In this 12-year study of postmenopausal women, researchers found that women who sat for 10 or more hours a day were 18 percent more likely to have a heart attack or stroke than women who were only five hours or less.

That’s a red sign, we should have a plan and schedule for everything as too much sitting can also increase our chances of having a stroke.

Everyone knows that soda dietary is unhealthy.

But one long-term study published in the Stroke magazine in 2017 found that diet soda can increase your risk of stroke. The study showed that those who drank at least one artificially sweetened drink per day were approximately twice as likely to have a stroke over the next decade than those who drank less than once a week.

NOTE: Drinking regular sugar-sweetened drinks did not seem to increase the risk of stroke.

However, Harvard Medical School experts who examined the study said correlation may exist because some people who are already at risk for stroke (those who are overweight weight or have diabetes), are more likely to prefer diet sodas than regular ones. In any case, for your health, it is better to choose a different drink without soda or sugar.

9. Eating Too Much Red Meat

According to a 2012 study published in Stroke magazine, addiction to red meat may increase the risk of stroke.

The study found that men who eat more than two servings of red meat (such as beef, pork, and lamb) per day have a 28 percent higher risk of stroke compared with those who eat only a third of this portion of red meat per day or skips to eat red meat in a week.

Fortunately, the researchers also found that by simply replacing one serving of red meat per day with chicken, turkey, and other alternatives, the study participants were able to reduce the risk of a stroke.

Last but not least as stress is a key to every problem in human life and that’s why everybody is asking you to get rid of your stress and try to stay happy for living a beautiful and healthy life.

Failure to cope with stress can lead to many health problems, including stroke. A 2001 study by the University of Michigan found that men who are more physiologically responsive to stress are 72% more likely to suffer a stroke during their lifetime.

Thus, in order not to put yourself at risk, it may be worth trying to start meditating or find other ways to better cope with stress and get a great life.

So, this was a list of top 10 habits that can increase your chances of having a stroke.

Change these habits and live a great, happy and beautiful life. 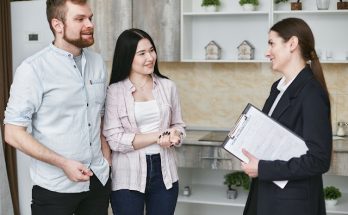 Who Is Benefited by the Insurance Policies? 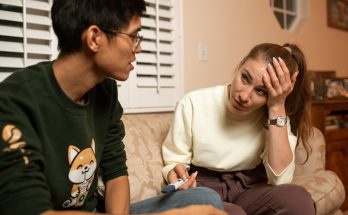 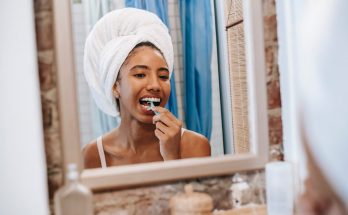 Professional Teeth Whitening Options to Use From Home

Thank you for sharing these text motion transitions.

Sarah Johnson - What is the Difference Between CCNA and CCNP

It's really Good Article Thanks For sharing with us

does you get the answer ?

DevOps Training - Why is PMP the Best Certification of All?