There are several ways in which watching movies online and listening to music have changed considerably. In the beginning, everything was available for download as streaming was not a choice. With very low bandwidth, streaming audio and video were a nuisance really for every event and people preferred to download an entire movie and music, even if it took much time. And then came Netflix.

Using the Internet for entertainment is a leisure activity in which billions of Internet users are indulged. Anyone looking for a good time and this is an activity for people of all ages as movies and music are loved by everyone. The Middle East is also no different when it comes to the music and entertainment scene as there are many local services available.

Netflix is offered in the Arabic language as there are dedicated shows by the network. And you can find many titles that you can watch with Arabic subtitles, so for people living in the UAE, there is no dearth of content. But do you know how far Netflix has come and how its app has revolutionized online streaming? Read on as I discuss these aspects in detail now.

The Rise and Rise of Netflix

In the beginning, Netflix was started as a CD/DVD rental company through which you can rent out DVDs for some time. The concept became I hate because still the bandwidth was low and downloading entire movies for music albums took much time. Also, the Internet subscription fee was very high and bulk downloading could cost you an extra amount which not everyone could afford. That is why Netflix became one of the most sought-after companies on the Internet.

Once the bandwidth issue was resolved and high-speed broadband was available especially in the US, Netflix quickly switched to streaming services. In 2007 Netflix started streaming online media and that was the start as it never looked back. Because renting out CDs and DVDs that could take one or two days to reach your destination was not feasible for everyone, streaming a movie that you can watch right after paying the subscription fee was a revolution. And slowly everyone started to use the service. And the rest is history.

The Introduction of the App was a Master Stroke

The introduction of the app not just for smartphones but for many other devices has now paved the way for everyone to enjoy the service. From an iPad to a virtual reality device, and from a Blu-ray DVD player to video game consoles like PlayStation and Xbox, the options are unlimited. And that is why no matter what device you are familiar with; Netflix will offer something for you so that you don’t have to buy a particular device to use the streaming service.

Several app features have made sure that Netflix’s dominance is here to stay. But from everything mentioned above, don’t think that Netflix has a free playground to play and there are no competitors. In fact, local players are coming up fast and offering great new content, especially in the Indian subcontinent and several Asian countries.  but for the time being, the dominance of Netflix is undisputed. Let me give you a quick recap of what the current scenario is and what Netflix may face in the future.

With 2014 paid subscribers as of October 2021, Netflix is the leader in online streaming. Although Amazon Prime, Disney+, and HBO Max also offer good content, they are limited in their approach. The sole reason for the shared dominance of Netflix is its huge library which consists of hundreds and thousands of titles, and dozens of more are added daily. Hit Netflix shows like money heist and squad games are worldwide phenomena and have started a revolution of sorts of their own.

Netflix now not only offers movies and shows that other production companies have produced, but then now produces their movies and shows exclusively for their platform. They have acted on Internet piracy of videos very swiftly and make sure that none of their content is available online. So, you will find it extremely difficult to locate a website through which you can download or watch Netflix content.

The Competition is Trying Hard

Online streaming of videos and music is one of the most popular activities on the Internet. That is why you can find hundreds and thousands of apps for this purpose. But there are some apps related to premium services we offer but are still the best in the business. The top three mobile apps for video streaming and other entertainment workers that can work best for you are Amazon Prime, Disney +, and HBO Max.

Companies that want to penetrate the local markets, like Dubai or Doha, need to work diligently and according to the requirements of the local audience. This is where the use of an expert app developer Dubai in the city can work wonders for a service. In this way, any company can have more chances to succeed and we can see new players in the market offering their online video streaming to the local audience.

According to many websites and reviewers, the Netflix app is still the best in the market. CNET and Next Pit (previously AndroidPit) and other credible websites and platforms offer their support for the Netflix app as it offers numerous options for its uses. And in the coming few days, we can expect more features as the world will move towards metaverse, and options to get to virtual and augmented reality will be a norm.

Netflix has the lowest subscribers in the Asia-Pacific region, which is, population-wise, the largest part of the world. And if Netflix or any other service can turn the tide in its favor, then there is no one stopping it.  What is your take on the subject, and do you think that mobile apps can make the use of this technology widespread in the Asian market as well? Please offer your valuable feedback for this blog or ask any questions you have in mind by using the comments section below. 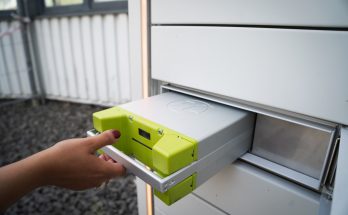 The future of solid-state batteries 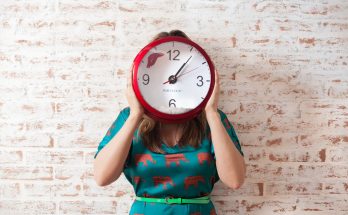 Main reasons why you need to have a biometric time clock 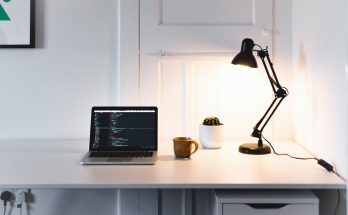