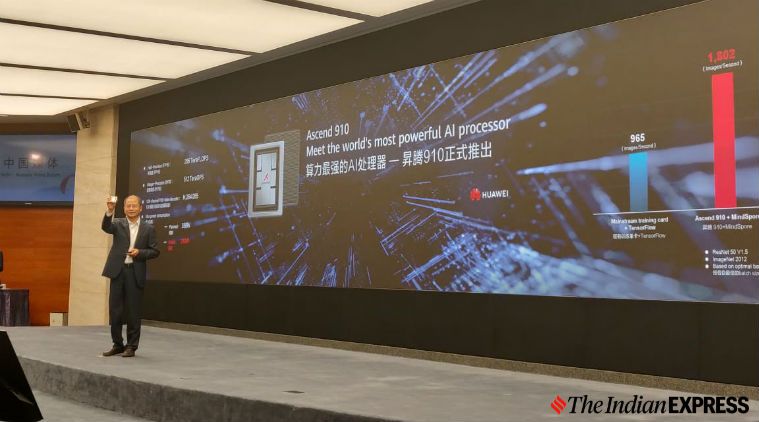 According to them, the creation of the Ascend 910 is “an expansion of the company’s activities in the artificial intelligence sector,” as well as a “1st step in the development of its own processors under pressure from the United States (following Huawei’s recent ban).”

“The Ascend 910 performed much better than expected,” said Eric Xu Zhijun, chairman of Huawei at a media presentation in Shenzhen:

“Without a doubt, it has more computing power than any other AI processor in the world.”

The Ascend 910, the AI ​​processor first mentioned by Huawei in Shanghai last year, is “the world’s most powerful artificial intelligence processor,” designed to train the artificial intelligence model, the company said in a press release on Friday. Huawei added that it considers AI as a “general-purpose technology” that can be used in almost all sectors of the economy.

Since May 17, the US Treasury Department blacklisted Huawei due to a threat to national security.

After that, the American company Google deprived Huawei of access to updates of the Android mobile operating system, which is equipped with smartphones of its production.

Google later said that updates for Huawei devices will be available within the next 90 days in accordance with a temporary license issued by the US authorities on May 20.

very usefull, thank you so much for helping with your work

Thank you so much sir for such a great thing love you sir for helping all of us . And…

Ajio Coupons - Why Is It Important to Wear The Right Workout Outfit?

Thank you for sharing this blog, outstanding blog.

what a pass of the winzip??